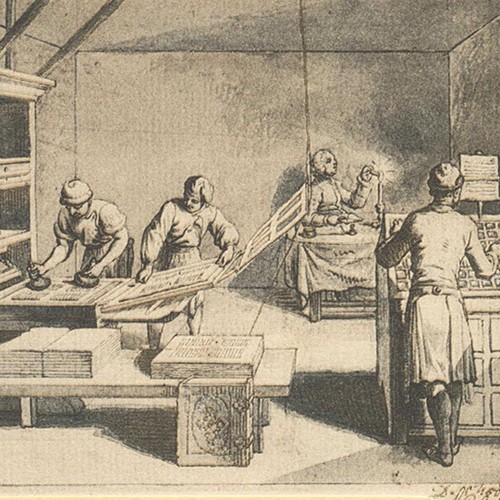 Screen printing is the process of applying an image to a surface with ink, one colour at a time. A stencil is made by blocking off parts of a mesh screen in a negative image of the design to be printed. Ink is pushed across the screen and forced through the open sections of the screen. One colour is printed at a time, so several screens may be used to produce a multicoloured image or design.

This process of marking surfaces with images has been in existence since its inception in China sometime during the Song Dynasty(960–1279 AD). Over time the process and techniques have been refined for both commercial and artistic purposes. Master screen printer Michel Caza famously helped Andy Warhol with the creation of his iconic “Marilyn Diptych” which featured a print of Marilyn Monroe done in garish colours in 1962. The first public sighting of a printed t-shirt dates back to the early 1940’s, an “Air Corps Gunnery School” graphic appeared on the front of a t-shirt on the cover of Life magazine. The first big screen appearance of a printed t-shirt was The Wizard of Oz in 1939, where workers re-stuff the Scarecrow wearing shirts adorned with “OZ”. It wasn’t until the 1960’s when popular bands began using printed shirts as merchandise for their fans, most notably The Beatles. This gave way to brands printing clothing with their logos as both a product and a marketing tool.

Throughout history, the screen printed graphic t-shirt has turned into one of the best promotional tools available, whether it be promoting a brand, a business, an expression, a belief, an alliance, or artistry. It is the best canvas to display individuality and it’s not showing any sign that it is going anywhere.